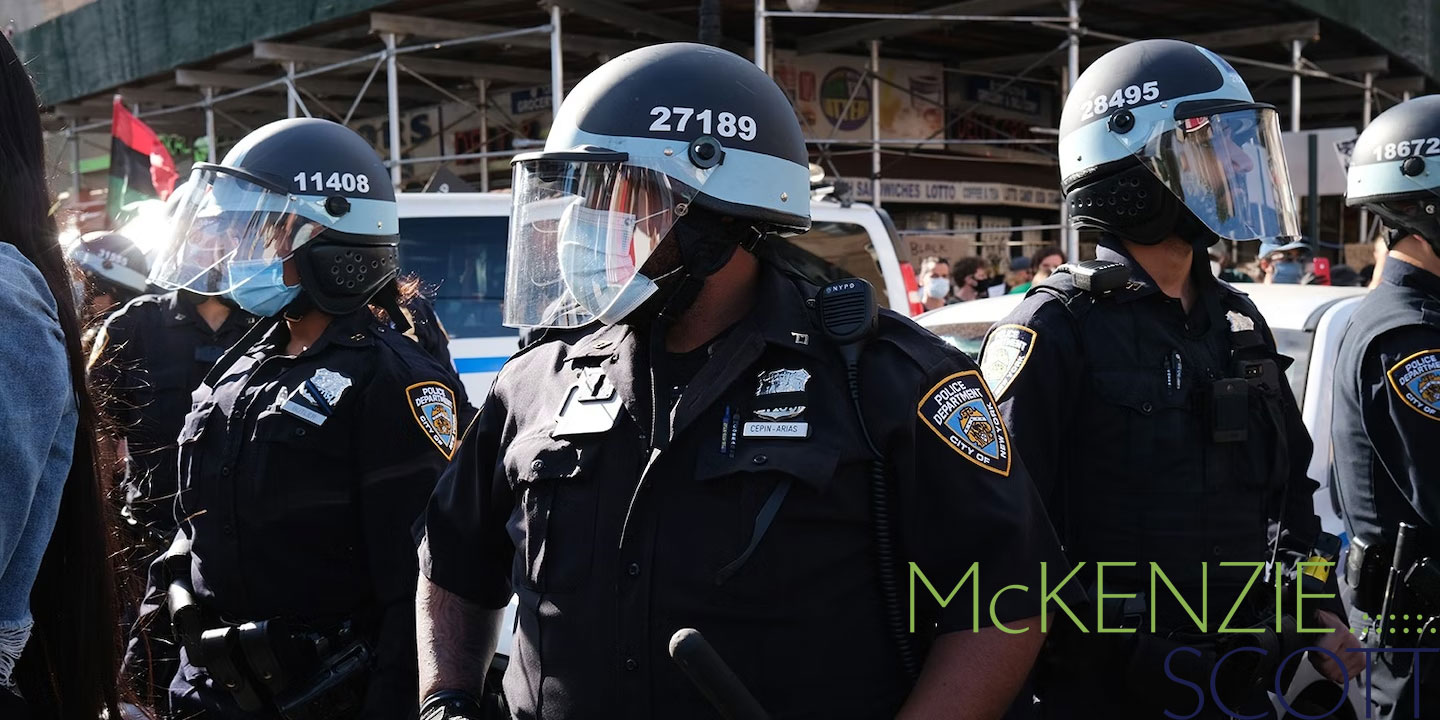 In October, the Ninth Circuit published an excessive force decision in Peck v. Montoya, 51 F.4th 877 (9th Cir. 2022). The decision is important for Justice Warriors to understand because it, unfortunately, narrows who can sue and be sued for constitutional injuries.

The case arises from a police-shooting that took the life of Paul Mono, a legally blind man in his 60’s who lived with his wife Susan Peck. Mr. Mono, upset about a remodel, showed his real estate agent a gun and said he wanted to kill their contractor. The contractor heard it over the phone, hung up, and called 9-1-1. Mr. Mono calmed down, put his gun away, and returned to speak with the real estate agent from his porch. But, when sheriff’s deputies arrived, they treated Mr. Mono like an active shooter, surrounded his home, and confronted him with guns drawn. During a prolonged stalemate (in which Mr. Mono mocked and insulted deputies – even pulling down his pants and “mooning” them), deputies learned Mr. Mono’s gun was strapped in a holster sitting in the house. When Mr. Mono moved in the house, two deputies shot him through the window – killing him. Deputies say Mr. Mono grabbed his gun before they fired. But the gun was found in its holster, a neighbor testified Mr. Mono while he was moving away from the gun, and ballistic experts refuted deputies’ account. Ms. Peck brought a substantive due process claim on her own behalf as well as constitutional claims for her husband’s estate against all the deputies at the scene.

Most of the Ninth Circuit’s qualified immunity analysis is uneventful – viewing the facts in the light most favorable to Ms. Peck, she can show the deputies shot her unarmed and blind husband without provocation and it is clearly established that police cannot use deadly force against someone does not pose an “immediate threat to their safety.” 51 F.4th at 887. However, the Ninth Circuit still found ways to diminish Ms. Peck’s claims in two ways.

First, the Ninth Circuit eliminated the § 1983 claims against the deputies who held their fire and narrowed the universe of participants who can be liable in the future. Specifically, the Ninth Circuit rejected a but-for-causation theory of constitutional liability and further held that “liability may not be imposed based on a ‘team effort’ theory that would ‘allow the jury to lump all the defendants together’.” Id. at 890. Instead, liability for constitutional violations now only extends to those who either (1) “knew about and acquiesced in” the violation as part of a “common plan” or (2) “set in motion” acts by others which they “knew or reasonably should have known” would cause others to violate the constitution. Id. at 891. By that standard, none of the surrounding deputies were liable because the shooting was unplanned, even if they violated policy and unnecessarily escalated the situation by their speech or actions.

Second, the Ninth Circuit held that Ms. Peck’s personal claim for loss of familial association fails. Specifically, such a claim must be based on conduct that shocks the conscience and, according to the Ninth Circuit, “split-second decisions” by police can only shock the conscience if they “act[] with a purpose to harm unrelated to legitimate law enforcement objectives.” Id. at 893 (emphasis original). Even by this absurdly high standard, it seems like Ms. Peck should get her claim to a jury – one might reasonably infer that police shot her blind husband because he had insulted, frustrated, and angered them in the prolonged standoff. After all, he was unarmed and moving away from the gun when they killed him. Still, the Ninth Circuit subtly violates its own jurisdictional rule about factual inferences in qualified immunity appeals and credits the deputies’ self-serving claim to an innocent motive.

In these ways, it got harder to pursue certain Constitutional claims in the Ninth Circuit this fall. Ms. Peck’s case seeking justice for her husband will go on and hopefully succeed. But one of the main takeaways from Peck is a lesson for litigators reading between the lines: do everything possible to keep state-law claims alive in the case alongside the constitutional claims. The claims the Ninth Circuit dismissed here have state-law tort analogues that are not subject to the same qualified immunity analysis and heightened standards. As long as you can meet the attendant tort claim deadlines, surviving family can bring claims for wrongful death and negligence claims against other involved-deputies without having to prevail on these increasingly-tough-to-win constitutional claims.
Other Notable Constitutional Case News:

In Bledsoe v. Carreno, 53 F.4th 589 (10th Cir. 2022), a divided panel of the Tenth Circuit joined a handful of circuits in finding that a claim for failing-to-intervene and prevent or stop a constitutional violation may be brought outside the excessive force context. At least one circuit (the Eleventh) has found to the contrary. Our team did a quick check and the issue appears to be an open question in the Ninth Circuit.