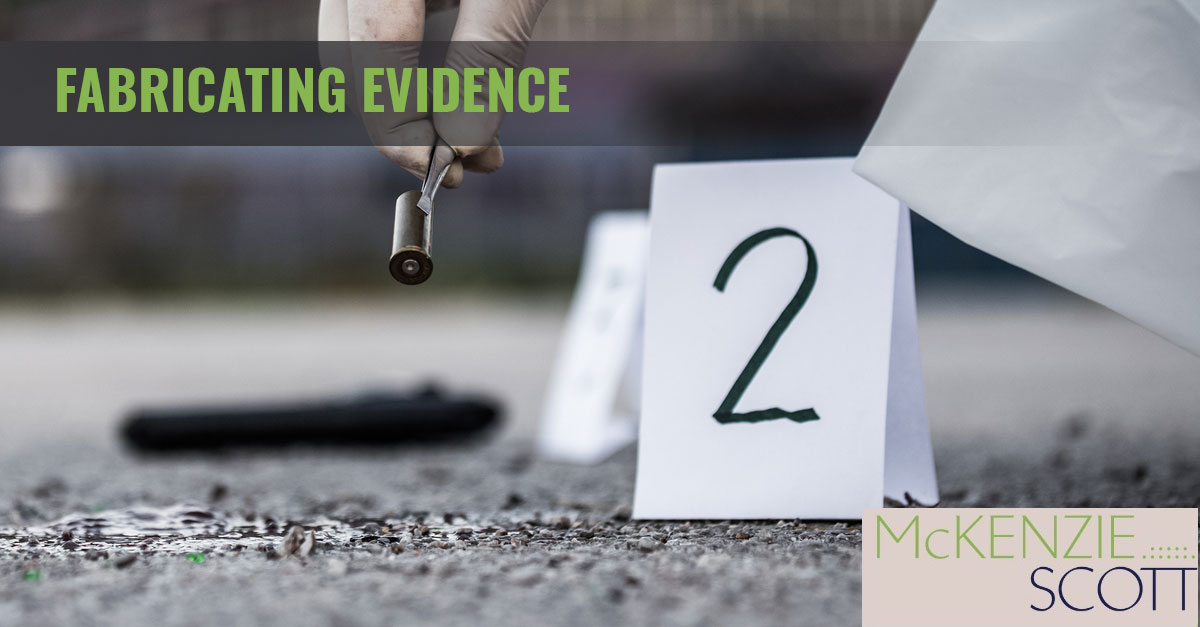 Mr. Caldwell spent nearly 20 years in prison for a crime that evidence later showed he did not commit. He sued the police department and individual officers for fabricating evidence against him during the investigation. Specifically, he argued that one sergeant deliberately engineered a “show-up” in order to manufacture a false identification against him, and falsified an incriminating statement against him. The sergeant and the plaintiff had a history: plaintiff had previously filed a complaint against him, during which the sergeant admitted that he had told the plaintiff that “Something’s going to happen to you because sooner or later I’m going to catch you with a gun and you and I are going to have it out. I’m going to kill you. Next time we’re going to get the drop on you.” Id. at *6. The district court agreed that claims of fabricated evidence presented a triable issue of fact, but granted summary judgment on the premise that the prosecutor’s charging decision “broke the chain of causation between the fabricated evidence and Caldwell’s injury.” Id. at *13. The Ninth Circuit reversed.

It began with the proposition that “there is a clearly established constitutional due process right not to be subject to criminal charges on the basis of false evidence that was deliberately fabricated by the government.” Id. (citing Devereaux v. Abbey, 263 F.3d 1070, 1074 (9th Cir. 2001) (en banc)). It held that “if a plaintiff establishes that officers either presented false evidence to or withheld crucial information from the prosecutor, the plaintiff overcomes the presumption of prosecutorial independence and the analysis reverts back to a normal causation question.” Id.at *25.

The lesson for us criminal practitioners: if an investigating officer gets caught creating false evidence against our client – including “just” attributing incriminating statements to him that were never said – the client has a recognized cause of action for violation of civil rights.

Plaintiff Recchia was homeless but not alone. He owned twenty birds that he kept in boxes and cages along with him on the streets of L.A. (For the record, 18 pigeons, one crow and one seagull rounded out this aviary.) An Animal Control officer discovered the birds. Some of them were in dire physical condition, although Recchia maintained that he had rescued them in even worse shape. Animal Control confiscated the birds. They were euthanized before a hearing was held, on the rationale that they were diseased. Recchia sued, alleging Fourth and Fourteenth Amendment violations under § 1983. The district court granted the City summary judgment; the Ninth Circuit reversed. “The Fourth Amendment protects, among other things, a person’s right not to have their property unreasonably seized by the government. Homeless people living on the street enjoy the protection of the Fourth Amendment.” Id. at *10 (citations omitted). And even more specifically, “[t]he seizure of a homeless person’s property implicates important Fourth Amendment concerns.” Id. The Court held that a question of fact existed as to whether exigency justified the warrantless seizure and destruction of the birds, and remanded to the district court accordingly.

Withdrawal from opiates while in custody is a torture that, unfortunately, many of our clients experience. This case dealt with the jail’s liability when that withdrawal process goes effectively untreated. An arrestee, Gordon, was booked into the Men’s Central Jail in Orange County on a heroin charge. He disclosed to an intake nurse that he had a three-gram-a-day habit. The nurses used a withdrawal-monitoring protocol that was suited to alcohol withdrawal, rather than a specialized protocol for opiate withdrawal. The patient died the next day. The estate sued for wrongful death, including a § 1983 claim for deliberate indifference in providing adequate medical care. The district court granted summary judgment in favor of the defendants, reasoning that the plaintiffs could not show subjective deliberate indifference on the part of the defendants. The Ninth Circuit reversed, holding that “deliberate indifference” was an objective standard in this context. Id. at *9. “[T]he plaintiff must prove more than negligence but less than subjective intent – something akin to reckless disregard,” the Court concluded Id.

This case also serves as a reminder that our addiction-suffering clients are entitled to medical care to help manage their withdrawal, and that the consequences can be tragic when that does not occur.

While not directly applicable to criminal practice, this case represents the next litigation chapter surrounding Sheriff Arpaio’s racial-profiling program in Maricopa County, Arizona. The Ninth Circuit held that under Arizona statute and circuit precedent, the Sheriff was a “final policy maker” for purposes of § 1983 liability. It next held that under Title VI and 34 U.S.C. § 12601, the County could be held liable for his unconstitutional policies. Id. at *8. While an entity cannot be held vicariously liable on a respondeat superior theory, it can be held liable under Title VI if an official with power to take corrective measures is “deliberately indifferent to known acts of discrimination” – which isn’t exactly a stretch in Maricopa County.