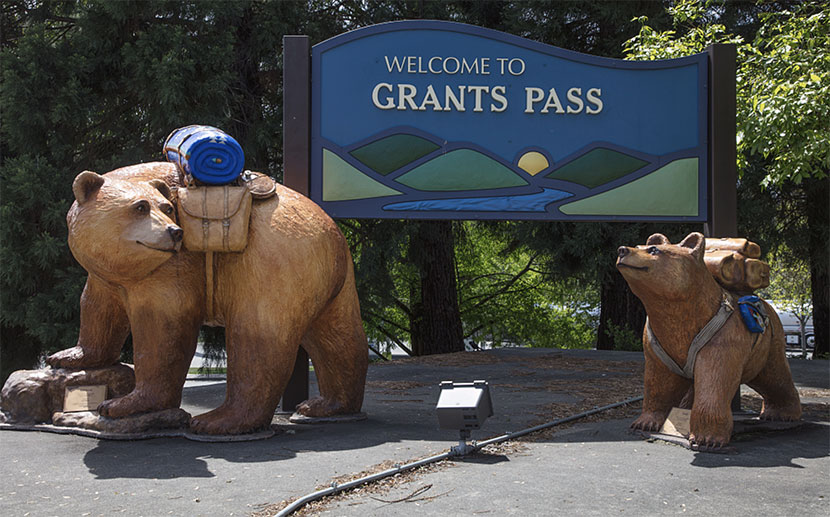 Greetings, beloved criminal practitioners and defenders of civil rights! After a break from doing these updates, attributable mostly to a crazy trial schedule and launching / rebranding our new firm McKenzie Scott PC, my colleagues and I are excited to reboot this newsletter. As always, our hope is to provide useful case updates on civil-rights cases that matter to our community and those we serve – and to suggest ways in which these civil-case citations might come in handy in defending against criminal prosecutions.

So on to a recent case! Johnson v. City of Grants Pass provides an important reminder on the unconstitutionality of criminalizing involuntary homelessness, as the Ninth Circuit’s rejects a deliberately punitive statutory scheme from Grants Pass, Oregon.

Criminalizing involuntary homelessness, making it “uncomfortable enough … they will want to move on down the road” held unconstitutional by 9th Circuit.

The foundation for this case was laid in September 2018, when the Ninth Circuit decided Martin v. City of Boise, 902 F.3d 1031 (9th Cir. 2018). Martin held that “the Eighth Amendment prohibits the imposition of criminal penalties for sitting, sleeping, or lying outside on public property for homeless individuals who cannot obtain shelter.” Id. at 1048.

Apparently undeterred, Grants Pass passed city ordinances “preclud[ing] homeless persons from using a blanket, a pillow, or a cardboard box for protection from the elements while sleeping within the City’s limits.” City of Grants Pass, 2022 WL 4492090 at *3. The law imposed civil fines, bans from City property, and moreover, “if a homeless person is found on City property after receiving an exclusion order, they are subject to criminal prosecution for trespass.” Id.

The city’s intentions in passing the ordinances were not complicated, nor secret. As one city councilman made clear in passing them: “the City’s goal should be ‘to make it uncomfortable enough for [homeless persons] in our city so they will want to move on down the road.’” Id. at *4.

After resolving jurisdictional and class-certification issues, the Ninth Circuit held that the laws were unconstitutional. In so doing, it rejected the City’s attempted workaround to Martin, which purported to allow sleeping in public, but made bedding, blankets, and other basic necessities to do so illegal. Citing the Eighth Amendment, the Court held that the “City cannot enforce its anti-camping ordinances to the extent they prohibit the most rudimentary precautions a homeless person might take against the elements.” Grants Pass, at *16. Judge Collins dissented from the panel decision, writing that “[e]ven assuming that Martin remains good law, today’s decision – which both misreads and greatly expands Martin’s holding – is egregiously wrong.” Id. at *21.

The dissent notwithstanding, this line of cases serves as an important protection for the involuntarily homeless. Even beyond invalidating any prosecutions based on this or similar ordinances, warrantless searches and seizures based on them could be attacked on this basis, and the Court’s analysis of constitutional cruel and unusual punishment is a rare – and welcome – bit of Eighth Amendment jurisprudence.