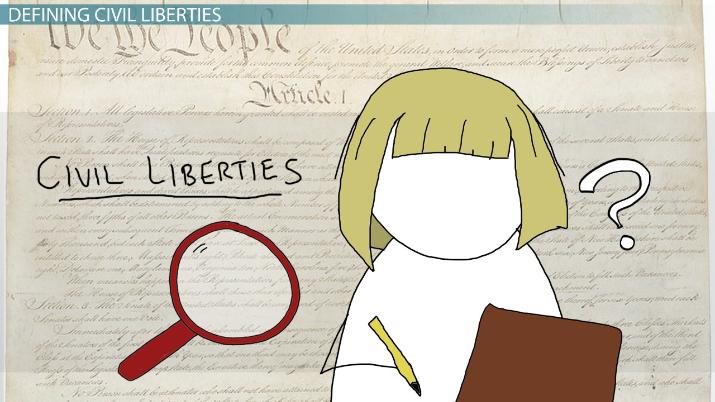 What are Common Examples of Civil Rights Violations?

McKenzie Scott believes that all human beings have value and dignity, and the fundamental right to be treated fairly. Federal and California law protects many specific civil rights. As a result, civil rights cases can include some or all of the following:

Under the United States Constitution, your civil rights include all of the above. However, most states (as well as the federal government) have specific civil rights statutes in place to protect people when their rights are violated as well. Unfortunately, innocent people still suffer civil rights violations every day, often at the hands of the most powerful corporations and government entities in our society. When these violations occur, a civil rights lawsuit may be the only effective means of obtaining justice – including financial compensation and the opportunity to prevent similar harms from befalling others.

The sections below review some of the most common examples of civil rights violations, discuss how civil rights are defined under California law, and provide information on how to file a claim with the experienced team of trial lawyers and justice warriors at McKenzie Scott.

Some examples of civil rights violations that may warrant a lawsuit include:

Anti-discrimination laws are in place to help protect people in various areas, such as:

‘Public accommodations‘ often refers to facilities or locations commonly accessed by the public. These may include hotels, restaurants, stores, transportation services, etc.

Sexual assault, abuse, harassment, or general misconduct in education or workplace environments can also be examples of civil rights violations. In instances of education or workplace-based sexual assault or misconduct, both the individual perpetrator committing the violation as well as the overall entity or institution allowing such activity to take place can be held accountable through a civil rights lawsuit.

An example of a civil rights violation outside of those key areas includes abuse or mistreatment by the police or another type of government official.

Civil rights are guaranteed by our laws, and are supposed to be enforced by the various government entities sworn to uphold them. But at McKenzie Scott, we enforce the laws set forth in the Constitution (as well as other state and federal laws), protecting the people from the government as well.

In fact, some rights, such as freedom of speech or freedom of protest, are only enforceable against the government. Hence, if another individual attempts to violate your right to free speech or freedom to assemble, it would not be a First Amendment case. In order for your Constitutional civil rights to have been violated, state action causing harm needs to be involved. 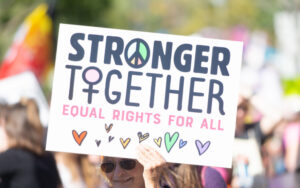 However, many state and federal laws prohibit discriminatory conduct by private and government actors alike. If a private entity commits a hate crime or act of hate speech against you, it may be held accountable through private attorney general statutes and other causes of action. At McKenzie Scott, we help individuals bring civil rights lawsuits against government or corporate entities for all of the various violations described above.

How are Civil Rights Defined Under California Law?

In addition to the United States and California Constitutions, California statutes are an important source of civil rights under the law.

The Ralph Civil Rights Act, for example, was enacted as part of the Civil Code of California to address the problem of racial, ethnic, religious, and minority violence by providing civil and administrative remedies for those who are victims of violence directed against any particular class of persons.
Under the Ralph Civil Rights Act, all Californians have the right to freedom from violence or threats of violence based on any of the following:

Furthermore, the Ralph Civil Rights Act allows claims for up to $25,000 in penalties when a hate crime (or threatened hate crime) occurs.

The Unruh Civil Rights Act (also known as the Unruh Act) has been a part of California law since the 1950s. Under the Unruh Act, any business in California is prohibited from discriminating against a consumer. “All persons within the jurisdiction of this state are free and equal, and no matter what their sex, race, color, religion, ancestry, national origin, disability, medical condition, genetic information, marital status, or sexual orientation are entitled to the full and equal accommodations, advantages, facilities, privileges, or services in all business establishments of every kind whatsoever.”

Additionally, The Bane Civil Rights Act prohibits inference with civil rights (both constitutional and statutory) by threat, intimidation, or coercion of any kind.

Bane Act claims are now commonly part of most excessive-force, illegal-arrest, and wrongful-death lawsuits against law-enforcement agencies that McKenzie Scott files today. But Bane Act claims can be brought against private and public entities alike, and can also be based upon discrimination based upon:

The court may grant an injunction prohibiting further intimidating or coercive behavior. Any violation of this order is a misdemeanor and may result in fines or imprisonment. However, if your civil rights are violated by a government or private entity (e.g. a corporation), you may be eligible to file a private civil lawsuit as well. If a judgment is awarded in your favor in a private lawsuit, you may receive “reasonable attorney’s fees” as well.

What is the Statute of Limitations for a California Civil Rights Claim?

For a civil rights violation, the California statute of limitations (deadline) for filing a tort claim is often only six months from the date of the incident. This means that if your civil rights have been violated by a state or local government entity like the police department, you typically have only six months from the date of the violation occurring to file a claim and preserve the right to file a civil lawsuit for damages. Accordingly, the McKenzie Scott team of civil rights lawyers encourages all victims to contact us as soon as possible following a violation to ensure your opportunity at justice is preserved and your claim is not barred by the statute of limitations.

For federal civil rights claims, the statute of limitations may be longer – sometimes up to two years from the date of an incident. But the Federal Tort Claims Act also has tort-claim requirements that can affect statutes of limitations. The interplay between tort claims, statutes of limitations, and individual versus government defendants is complex and fact-specific. They also depend on the circumstances of your individual civil rights violation and particular causes of action. Due to the varying nature of federal civil rights claim filing deadlines, the team of attorneys at McKenzie Scott strongly encourages you to reach out for a free consultation as soon as possible.

What Types of Financial Damages May be Recoverable in a Civil Rights Lawsuit?

Civil rights lawsuits are filed in an effort to recover financial compensation for the victim, but also to cause societal change. Depending on the nature of your case, various economic, non-economic, and punitive damages may be pursued.

Some common examples of damages that may be recoverable in a civil rights lawsuit include:

Punitive damages may also be sought in civil rights lawsuits, typically when it is clear that a defendant is guilty of oppression, fraud, or malice. Under California law, such damages are not capped, though constitutional limits apply as a matter of case law. McKenzie Scott pursues punitive damages in all applicable civil rights violation cases.

What is Civil Rights Injunctive Relief?

When a civil rights violation occurs, injunctive relief represents a legal remedy in addition to or in place of monetary damages. Rather than offering financial compensation, injunctive relief is a court order forcing a defendant (like a police department) to stop a specific act or behavior (usually a type of misconduct which led to the civil rights violation in the first place).

Federal, state, and local law enforcement officers are prohibited from engaging in any pattern or practice that may deprive a person of his or her civil rights, which are protected under the Constitution and laws of the United States. Types of misconduct that are covered under the Police Misconduct Provision set forth by the Department of Justice include (among other acts):

When such misconduct occurs, injunctive relief can provide not only orders to end the misconduct, but also changes in an agency’s policies and procedures – specifically those which allowed the bad behavior to occur. Examples of injunctive relief following a pattern of civil rights violations may include:

In a police misconduct lawsuit, injunctive relief may be pursued against the local government police agency (rather than an individual officer who committed the act).

The team of experienced, dedicated, and proven civil rights and criminal defense attorneys at McKenzie Scott has been fighting for decades to protect the little guy from violations committed by governments and corporations. If your civil rights have been violated, you may be entitled to financial compensation via a lawsuit with McKenzie Scott.

Contact us today at 619-794-0451 for a free, confidential, and no obligation consultation with a California civil rights lawyer.