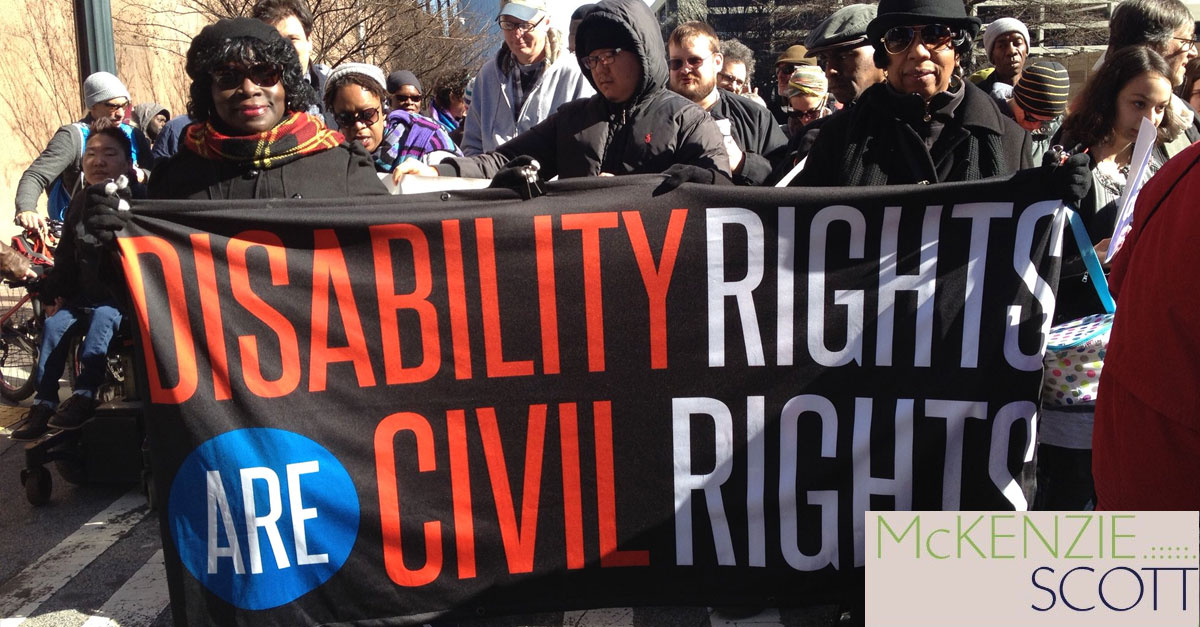 Police surrounded a mentally-ill man at a 7-11 store. As has become all too common, the police shot and killed him. The Vos case confirms that in addition to more traditional excessive-force and negligence claims, there was a viable cause of action for violating the Americans with Disabilities Act. Specifically, Title II of the ADA prohibits a public entity from discriminating against any “qualified individual with a disability” in the provision of public services. Id. at 22. Importantly, “Title II applies to arrests.” Id. (citing Sheehan v. City & Cty. of S.F., 743 F.3d 1211, 1231 (9th Cir.), reversed in part at 135 S. Ct. 1765, 1772 (2015)). Thus, when clients have mental-health issues, or other recognized disabilities, the law requires police to consider and potentially accommodate these issues – even during otherwise lawful law-enforcement encounters.

For an example of the police completely botching ADA compliance by mistaking an autistic boy for a drug user, see this lawsuit that we filed recently against an Arizona police department.

Finally, the Court in Vos concluded that it was a factual question whether the police used excessive-force under the Fourth Amendment (although it concluded that qualified immunity applied on these facts). Id. at *18 (9th Cir. June 11, 2018)

This case stemmed from a series of cell extractions carried out by the L.A. County Sheriff at the Men’s Central Jail, and carries lessons for all trial practitioners, whether civil or criminal.

First, it reminds that excluding a juror for implied bias is really hard. It is only for “extraordinary” circumstances.” Id. at 60. “We have cautioned that courts assessing implied bias should hesitate before formulating categories of relationships which bar jurors from serving in certain types of trials.” Id. (citations omitted). For example, generally, law-enforcement officers are not categorically barred from criminal cases, NAACP members are not ineligible for civil-rights cases, Catholics can serve on cases involving abortion, and so on. This is a helpful case citation to have when a prosecutor wants to preserve strikes by getting rid of a defense-friendly jury for-cause.

Rodriguez also has an interesting discussion regarding cell extractions, and the excruciating pain that Tasers can inflict. The jury awarded $740,000 in compensatory damages, $210,000 in punitive damages, and a staggering $5.4 million in attorney’s fees. The Ninth Circuit upheld the fees award based on the difficult facts and risks undertaken by plaintiffs’ counsel in suing the local sheriff.

Issue Preclusion and the Fourth Amendment

A police sergeant, apparently acting on a personal vendetta, violated plaintiff’s Fourth Amendment rights when he conducted an after-hours dog search of plaintiff’s locked office. A county justice court granted a restraining order against the sergeant, and afterwards, the plaintiff brought a Section 1983 suit against the sergeant and the police department. Further, plaintiff argued that the restraining-order proceeding resolved the Fourth-Amendment issue for future litigation, and that the sergeant was precluded from re-litigating it in the 1983 suit.