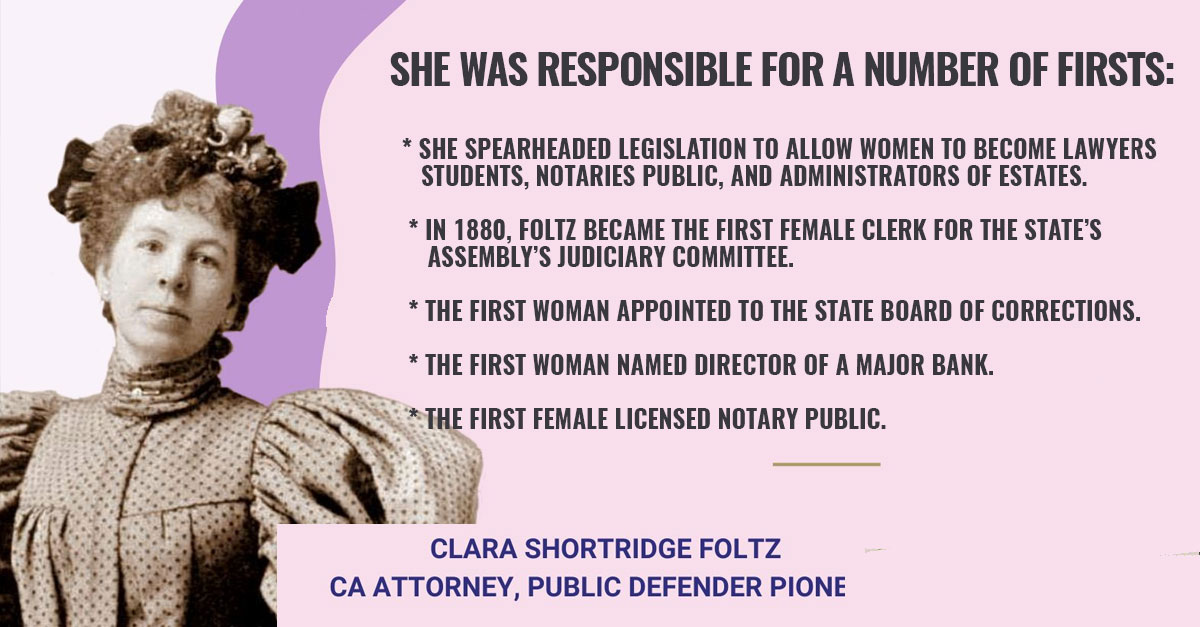 Today we honor Clara Shortridge Foltz, the first woman to attend UC Hastings. Among many other accomplishments, Foltz was also the first woman in California to: join the Bar, hold statewide office, and serve as deputy district attorney.

U.C. Hastings had originally NOT admitted Clara Shortridge Foltz because the directors of the law school “believed and determined that it was not wise or expedient, or for the best interest of the College, to admit any female as a student therein.” It took Clara Shortridge Foltz suing the law school to gain-for herself and all women in California-the right to study law at U.C. Hastings. Foltz v. Hoge et al., 54 Ca. 28. (1879). And though she won in court, she never enrolled at the law school.